When Kurt Vonnegut reached fifty years old, he felt the need to ‘clear his head of all the junk in there’. As a result, he wrote and illustrated Breakfast of Champions, or Goodbye Blue Monday! in 1973. He may have thought the contents of his head was simply junk, but I and thousands of others can bask in the glory of his head-junk. Because it’s really great stuff. 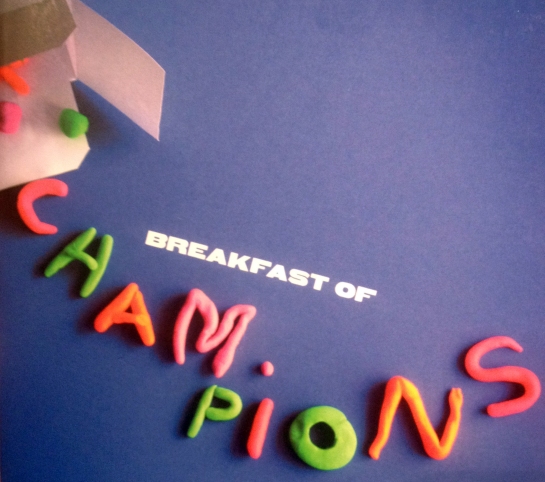 Breakfast of Champions won’t be getting a plot summary from me. Sure, I could tell you that it revolves around two men. One Dwayne Hoover, a used Pontiac salesman who is terribly well-to-do, until he goes on a rampage across Midland City injuring eleven people after reading a book depicting (what he interprets as) him as the only free-thinking human on a world full of machines.

“I saw that sign,’ said Dwayne, “and I couldn’t help wondering if that was what God put me on the earth for – to find out how much a man could take without breaking.”

The other, Kilgore Trout, unsuccessful and ageing author of the very same book that makes Dwayne go crazy and a writer of generally pretty crappy (but interesting) science fiction.

“I can’t tell if you’re serious or not,’ said the driver.

I won’t know myself until I find out if life is serious or not,’ said Trout. ‘It’s dangerous, I know, and it can hurt a lot. That doesn’t necessarily mean it’s serious, too.”

I could also mention the plethora of other characters who are equally weird yet compelling real. Like Harry LeSabre, a cross dressing colleague of Dwayne’s who is the first to notice his strange behaviour. Or Bunny, Dwayne’s alienated homosexual son who plays piano in a cocktail bar. Bill, Kilgore Trout’s parakeet whom upon granted freedom from his cage is scared of the possibilities and retreats back to safety. And one of the most intriguing characters, the Narrator, who has created this universe, who realises that while he is the Creator of all these characters and is the reason for the lack of free will in all of their lives, while he is in their world, he cannot control them any longer.

There was a message written in pencil on the tiles by the roller towel. This was it:

of the Creator of the Universe,

Curses – I’ve already told you too much. It’s funny and saddening and a whole lot of crazy.

Listen: Vonnegut writes with an effortless simplicity, depicts the funny and tragic in equal doses. He pours the atrocious and inexplicable behaviour of our species into his work and on paper it makes even less sense. Themes such as slavery, racism and inequality are laid bare and out of the context of history they seem even more atrocious. This particular passage is even more relevant today.

As I approached my fiftieth birthday, I had become more and more enraged and mystified by the idiot decisions made by my countrymen. And then I had come suddenly to pity them, for I understood how innocent and natural it was for them to behave so abominably, and with such abominable results: They were doing their best to live like people invented in story books. This was the reason Americans shot each other so often: It was a convenient literary device for ending short stories and books.

Why were so many Americans treated by their government as though their lives were as disposable as paper facial tis-sues? Because that was the way authors customarily treated bit-part players in their made-up tales.

And so on.Once I understood what was making America such a dangerous, unhappy nation of people who had nothing to do with real life, I resolved to shun storytelling. I would write about life. Every person would be exactly as important as any other. All facts would also be given equal weightiness. Nothing would be left out. Let others bring order to chaos. I would bring chaos to order, instead, which I think I have done. If all writers would do that, then perhaps citizens not in the literary trades will understand that there is no order in the world around us, that we must adapt ourselves to the requirements of chaos instead. It is hard to adapt to chaos, but it can be done. I am living proof of that: It can be done. 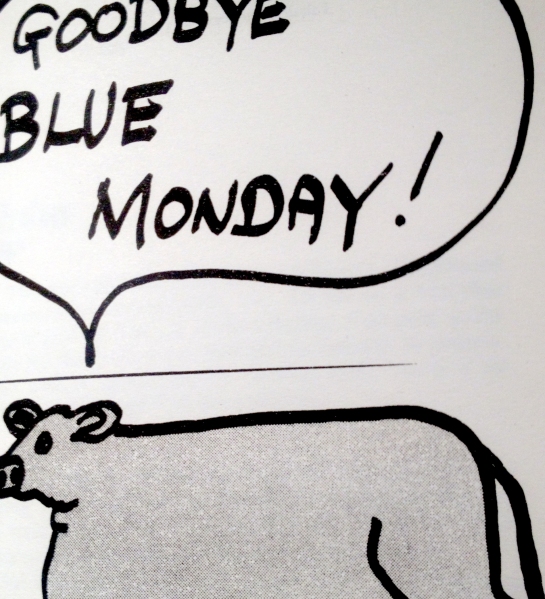 Who needs a coherent plot and likeable characters when what you write is so damn entertaining? And that’s why I read Vonnegut. He’s pure entertainment, and he’s seen the absurdity of it all, and he accepts it for what it is. Life is absurd. And here is a picture of an asshole: