Cormac McCarthy’s Blood Meridian, or the Evening Redness in the West, is a monstrous creation of twentieth century literature, a harrowing and sprawling massacre, biblical in scale and tone. The majority of the book takes place in the borderlands of southern United States and Mexico, in the middle of the nineteenth century, a time of conflict and war for land, boundaries and culture. Irregular US army outfits push into Mexico to claim land for America, encroaching on the regions of Native Americans who hunt, and are hunted by, mercenaries in the thriving market for indian scalps. More closely, the narrator follows ‘The Kid’, a young adolescent who leaves home and becomes entangled with a group of depraved scalp hunters, led by John Joel Glanton. Together, the ‘Glanton Gang’ carve a bloody swath through the borderlands, initially hunting Indians for the bounties on their scalps, before turning their guns and knives towards any living being in their path, peaceful indigenous tribes and innocent citizens, to fulfil their desire for sadistic pleasure or senseless nihilism or something else entirely. 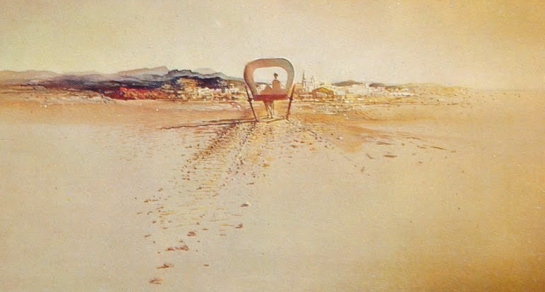 On criticism of McCarthy’s Western odyssey, there is none more discussed than the use of violence. Brutal, gratuitous, humiliating, terrifying, nauseating. Blood Meridian chronicles the murder of men, women and children, the rape and destruction of entire communities and towns, the scalping and mutilating of corpses who even in death cannot rest. The Wild West is a nightmare world and bloodshed is its currency, it is the. But more unsettling than any of the countless encounters which end in death and desecration, is the presence of one man throughout, Judge Holden.

Blood Meridian is full of terrible characters, and all men in this tortured land can be considered villains. McCarthy heavily researched and based the Gang’s sordid exploits on the memoirs of Samuel Chamberlain, My Confessions: The Recollections of a Rogue, and Chamberlain confirms he rode with John Joel Glanton and his outlaws between 1849 and 1850. The Glanton Gang’s penchant for violence is nauseating, but the role of a true antagonist in the novel is slowly but surely filled by the Judge Holden, arguably one of literature’s greatest. Shall we start with appearance? “Immense and terrible”, the judge stands at seven feet tall, massive in frame, extremely pale white flesh, and a giant dome of a head, completely bald and lacking any body hair, including eyebrows and eyelashes. He stands out of any crowd and is instantly recognisable. Holden is first encountered by the Kid early on in the novel, at a tent revival in Nacogdoches, where he incites a crowd to physically attack a preacher, and whom before being engulfed by the crowd, calls the judge out as the devil. An early glimpse that this man is capable of easily influencing the minds of men.

The reader comes to know Holden as a professional scalphunter in the Glanton gang, when the Kid and Toadvine are recruited by Glanton from a jail in Chihuahua, and while Holden’s talent for violence and killing is clear, it becomes evident that the judge is successful at anything he puts his hand to. As Tobin the expriest says, ‘a dab hand’. And through late night conversations around campfires or in darkened taverns in foreign lands, Holden displays preternatural knowledge and skill for paleontology, linguistics, law, philosophy and more. He is articulate and persuasive. His strength and movement is unnatural (he is an excellent musician and dancer) with fast reflexes and a skilled marksman. Several of the gang refer to meeting Holden at some point in the past. All agree, he seems not to age a day.

It makes no difference what men think of war, said the judge. War endures. As well ask men what they think of stone. War was always here. Before man was, war waited for him. The ultimate trade awaiting its ultimate practitioner. That is the way it was and will be. That way and not some other way.”

Some scholars have highlighted ‘gnostic’ elements present throughout Blood Meridian. By no means an expert, I’ve understood Gnosticism to refer to religious beliefs and systems which understand the material/physical world and the human body to contain the Divine spark, which can be translated as knowledge or knowing, and the judge represents a demiurge, the ruler of the material world, often malevolent or an archon, a kind of demon. Certainly, the nature of the judge’s chilling views suggest he holds some higher status over the human race, particularly when he explicitly expresses to want to be a ‘suzerain’.

He looked about at the dark forest in which they were bivouacked. He nodded toward the specimens he’d collected. These anonymous creatures, he said, may seem little or nothing in the world. Yet the smallest crumb can devour us. Any smallest thing beneath yon rock out of men’s knowing. Only nature can enslave man and only when the existence of each last entity is routed out and made to stand naked before him will he be properly suzerain of the earth.

Whether or not McCarthy intended Holden as a gnostic archon or not, the first time I read Blood Meridian, I had a theory that the judge was,  if not the Devil himself, some other demon or evil incarnate, with whom Glanton struck a deal. The Glanton gang are gifted – miraculously talented – at killing, becoming an almost unstoppable force of merciless savagery. And for the scalps they take from men, woman and children they are rewarded with currency, food, liquor. Glanton is despicable and the undisputed leader but he seems to listen to the judge, and values keeping Holden with the gang, as evil and unsettling the presence of the judge may be. Once Glanton died, the ‘deal’ was broken, and this lead to the harrowing pursuit by Holden of the Kid and the expriest through the desert, to collect debts. Of course, this might have made sense if the judge did kill Toadvine and David Brown, but it is revealed they died the following year, hung publicly in Los Angeles. In subsequent readings the theory seems a little heavy handed, but it did make some sense when the judge returns at the end of the book to confront the Kid. Regardless, it’s clear to me the judge is not merely a man.

He never sleeps, the judge. He is dancing, dancing. He says that he will never die.

There is plenty of speculation of the fate of the Kid, now a man, at the end of Blood Meridian. The judge appears to ambush the Kid in the jakes outside a saloon, naked, and ‘gathered him in his arms against his immense and terrible flesh’. The narrator chooses not to reveal the kid’s fate, and the only words an onlooker can mutter when witnessing the scene is “Good God almighty”. In a book which graphically depicts shocking violence throughout, something happens in the jakes that is indescribable in its horror. A haunting ending, one where the judge returns to the saloon to dance into the night, boasting that he never sleeps and he will never die.